If you want to read all about the Military Domain of Pain, click HERE to read it on CYCLOCROSS Magazine.
Posted by PEANUT at 10:09 PM No comments:

Here is my last article in CYCLOCROSS Magazine. The magazine is now available in digital format - click HERE to check out a free preview!  If you are happy with what you see and want to read more, click HERE to subscribe. 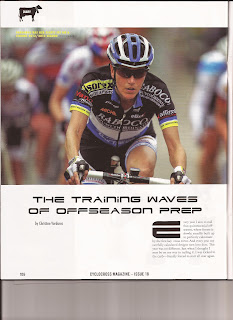 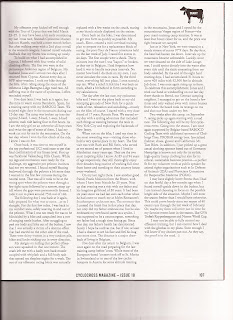 Wanna know what i've been up to?


Oops.  I promised myself i'd be better at updating my blog but I fell off the job.

I am now two months into the cyclocross season and it has already been filled with highs and lows.  It started off solid with a 4th, 10th, and 12th at the first three events of Hoboken CX, Soudal Neerpelt, and Bosduin Kalmthout.  (The 12th was bittersweet for me as I had a mishap two seconds into the race where my chain bounced off to the outside of the chainring, putting me in  2nd to last place.)  Although the early season is usually a bit trying for me as I need a few races to get into the rhythm, I was pleased with my form.

﻿
Expecting every race to get better and better, I was surprised to find that the following race took a bit of a turn for the worse where I placed 13th in the Ruddervoorde Superprestige event.  The following couple of weeks were spent in the Czech Republic where I contested the first two rounds of World Cups that were held in the towns of Tabor and Plzen where I placed 30th and 28th  respectively.  A few days later I was back at it again at the opening round of the BPost Bank Trofee series – Koppenbergcross where the race course is held on the infamous cobbled Koppenberg climb made famous by the Tour of Flanders, one of the two greatest one-day road races. There, on a course that suited my sinewy climbing legs, I placed 19th so I knew that it was time to take a  much needed rest.


For the next week I rode no more than 20 minutes a day in an attempt to recharge the body.  Thankfully it worked because the next weekend I came out fighting again at Soudal’s Niel event.  My start was excellent, putting me immediately in top six in the beginning of the race. Unfortunately I took myself out on a manmade ramp, wrapping myself and my bike around a pole when I slid out on a muddy bit. Chasing back from almost last place, I made it up to 9th by the finish.  Job well done. Most importantly, that experience left me feeling optimistic for what is to come in the next months!


Even though I may not have won any of these races, the supporters on the sidelines – and on facebook, twitter, etc – treated me as if I were a superhero.  It is a very special feeling to hear a steady stream of folks cheering your name at every single event.  I am very lucky to have so many wonderful people who believe in me no matter my result.
If you'd like to read all about my trip to Czech Republic - including my trips to places like Prague - check out my post on PelotonPost.
And to read all about my latest race last weekend at Superprestige Gavere, you can shortly check it out on CYCLOCROSS Magazine.


For the next few months I race at least once per week, with a 3-week holiday period filled with 3 events per week. In two weeks, the World Cup events resume with Koksijde, BE and Roubaix, FR - one after another.   after that it is around two-three races per week through first week of January. Then one race per week for the rest of january, followed by two per week through end of February.  Fingers crossed that my future results match the motivation I am feeling right now!
Posted by PEANUT at 3:09 PM No comments: