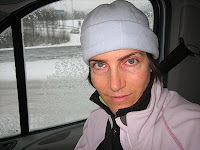 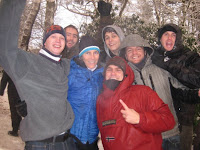 As uncomfortable as your eyes look in the photo, they must really feel awesome when you first wake up.

All I can say is that Jonas married him one hell of a woman. Super tough sport your in. Your always an inspiration. Tried new winter gear yesterday in the wet cold 34°. Was glad to see most of the ice off the roads. This morning it was 17° That is just too cold for this old guy. Keep up the hard work. As always, your biggest fan.
Rickie

Glad the photo was of your eyes and not your saddle sore ;)