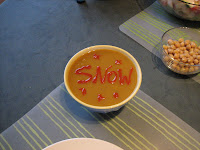 Today’s event, Superprestige #4, Hamme-Zogge (BEL), was yet another real cross race with freezing temperatures, thick snow and heavy winds that got progressively worse during the event. In one hour’s time the mud-heavy course was covered with a sizeable layer of frozen snow. Missing from today’s race was Lars Boom who is out due to fever from a urinary tract infection. 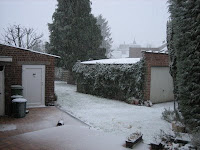 At the advice of their manager, the Sunweb-Projob team took yesterday off from racing so they could be fresh for today’s event sponsored by their team. It definitely helped since Klaas Vantornout and teammate Sven Vanthourenhout got 2nd and 4th place respectively. Hard man Sven Nys (Landbouwkrediet-Tönissteiner ) took the win after he shook Klaas off his wheel midway through the race. Bart Wellens (Fidea) rounded out the podium in 3rd.

‘Rider of the Day’ awards go to:
Bart Wellens – for his spectacular ride from 20th position due to a poor start to a podium spot.
Jonathan Page (Planet Bike) – for his strong ride from 21st (on Bart’s wheel) to an impressive 12th place.
Sven Nys – for winning the race with only one shake of the hands for warmth!


From the first lap, Sven and Klaas took the lead with two Sunweb-Projobs leading the chase.
Going into the third lap, Sven and Klaas built their lead to almost 30 seconds. With five rounds left, the leading duo’s lead dropped slightly 20 seconds partly due to the perceived bickering between Klaas and Sven regarding who should be riding in front on the pavement sections. Maybe they were waiting for their teammates? Doubtful since they mainly all ride for themselves. Sven V’s attack on the chase group also helped to minimize the gap to the leaders. His effort eventually managed to pull Fideas Bart and Erwin Vervecken out of the chase group.

The wind and snow has really picked up during the race changing the good lines every lap.
With three rounds left, Nys accelerated and dropped Klaas. Thirty seconds behind was Wellens, Sven V and Vervecken. As soon as the leading duo split, Sven was gone – gapping Klaas by nearly 15 seconds in a two minute period.

By now, the sky has turned dark and the temperature was quickly dropping. I bet the icy-cold water under their tires didn’t help the situation much. Thankfully most were fully legged, covered ears and some sporting hats with bills to keep the snow out of their eyes.
The course had been completely covered in snow where these guys couldn’t even see any lines - good or bad. By the time Klaas would come through a section on the course, Sven's tire line was already gone. Some seemed to be affected by the ‘inclement’ weather while others like Sven didn’t seem to notice.

Coming across the pavement with two laps to go, Sven V slapped his hands against his hips in an effort to warm them up. A bit behind him was a line of guys riding the pavement section all shaking their hands in unison.

The mud was now so thick that Sven seemed to be pushing the bike forward mainly with his arms for most of the course. As the race went on, the increased number of near-catastrophes, especially in the turns, was proof of how dangerous the course had become.

Going into the last round at 51:41 Sven crossed the line with a 30 second gap on Klaas. Having shaken Sven V off his wheel, Wellens puts in a last ditch effort to bridge to Klaas 15 seconds up the road.

In the finish line tent, the first thing Sven did was put his hands in a bucket of warm water.
It was painful to watch the racers suffer after they crossed the finish line. Even though I expected the racers to be suffering badly from the tough weather, I was in pain watching them. It was only one hour before their race that I, too, was doing the hand shake.

Photo is of my backyard earlier today. The other is of my homemade pumpkin soup topped with Jonas' enthusiastic decoration using hot sauce.

Another super report Christine. Thanks so much for putting us there.

Thanks John! I had fun writing it. Glad to know someone read it.

Definitely a blow by blow account of the racing details or snow blow... You would make a great radio or tv sports announcer, and Jonas might become a famous chef with his hot sauce skills. Enjoyed reading as usual.
rickie

that was a great report - heck - we should supplement ours with yours! :-)

do you know if what kind of gloves are the most common? was the snow expected? anyone wear special socks, shoes, or have some cx-specific booties?

CX magazine took the words right out of my mouth (fingertips).

GLOVES... WHAT GLOVES... I love riding in the winter and I suffer with cold hands. Usually I resort to thick gloves and a seperate pair of wool liners, what do these guys wear?

I got a pair of Pearl Izumi Gavia gloves a while back and they are good down to 4deg so long as it isn't wet, I just find most gloves don't live up to their marketing speil.

Is it true that everyone in the low countries is either called Sven or their surname begins with V? ;)

Awesome report again Christine, this truly is Hard Man's racing. And Sven Nys loves it! Seems that when the weather turns bad he really turns on the gas!

the most common glove is probably PRO brand. not sure if they have it in USA. I have never seen it there. Sven Nys was wearing PRO gloves during the race. Looks like model X-Pert WP. They are waterproof and theoretically good from -10 - +5°C. Jonas just bought a pair today and will test it out tomorrow. Bart and Stybar has also worn ODLO brand.
PRO also makes my favorite booties. They are so good that i've had to buy extras for friends in America since they cant find anything as effective there.
Amy, enjoy the soup! I am drinking the last of it today.

Oh, and no booties. Just standard warm socks. Some wore ear covering and others wore tiny thin hats that also cover the ears.

I noticed a fair number of DeFeet duragloves or similar in the U23s. Of course it was only "chilly" for that race. Amazing how fast the blizzard came in.

And here is some video:

For us, we had sunshine but about 20F. Two base layers, a vest, and long-sleeved skinsuit. Just right.

we've got Shimano's PRO line in the states now:
http://pro-bikegear.com but the gloves look like they haven't made it here yet. I'll ask. It did mention some gloves are recalled due to a high level of benzidine.

what gloves are you wearing christine?

Yep, same company. They sell here a full line of gloves - nicely priced i must add. I dont think there was a recal on their gloves here.Maybe an american thing?

To answer your other question, i have been using specialized gloves but i do have PRO gloves as well for frozen conditions<

Seems the 'pro' gloves are available in the UK, when the Gavia's wear out (or become too stinky) I'll give them a try.

On an aside I heard from Probar today :), I copied you in on my response to them. Thanks.

thanks chris - you too! I forgot it was thanksgiving until my dad called this morning to remind me. Is it like a day of mourning over there in UK?

My training mission today is pie, and more pie. Then I think I will eat some pie.
rickie