Yesterday's race in Loenhout, Belgium was my second race back since my forced time in 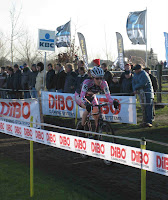 darkness - literally - for concussion recuperation. I went into it with the goal of beating only three racers - none in particular, any three would do. Well i more than succeeded. I finished the race exactly midpack! I placed 28 out of 56.

But more importantly than the placing was how I felt. And compared to the World Cup only two days previous, I felt 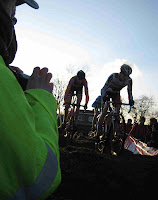 GREAT! In fact, midway through the race, as i was following a small group of racers through a singletrack section, I thought to myself, "this is a very comfortable pace." If i would have tried a pace like that even two days ago, not only would i have failed in achieving it, my body would have completely cursed me out before shutting down! I had forgotten what a great feeling it is to race in a body that allows you to push the effort a little. Yippidy-friggin-doo-dah! 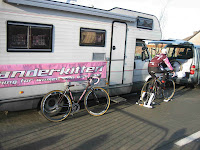 And on a side note, we once again succeeded in getting the absolute best parking spot in the whole venue - first spot as you enter the race site - right on the start/finish strip. This was especially cool considering the popularity of this event! I think it's always well attended because it's during the holiday week, is conveniently located just above antwerpen AND has the infamous washboard section. A few of the photos were taken on this section. One is of Ryan Trebon who had an excellent race and the other two are of Wellens, Groenendaal and Nys on the penultimate lap. 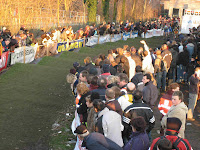 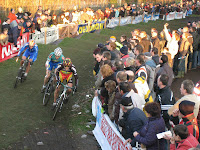 My next time up to bat is New Year's Day at Petange, Luxembourg. It's a mountain bike style course. Fireroad and singletrack straight up the hill, then a technical singletrack through the woods all the way down. When the course is wet, it's 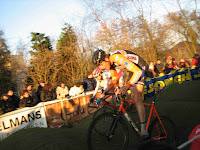 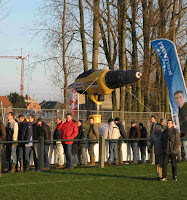 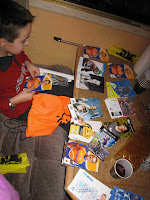 hope they pad the trees! hahaha - ok, that's not really funny i suppose. Jonas and I will be staying with fellow racer Suzie Godart and her family, so we will be among friends bringing in the new year. It still counts as a new year's eve party even if we are all in bed by 10pm to prepare for the race, right?
Posted by PEANUT at 10:31 PM

Thanks Christine for the update and the nice pictures.

I appreciate it! Hope you are riding again with full health! I have been on the trainer two days in a row now for fear that i will have to wash my bike. haha.

Haha, indeed. Good thing your coach doesn't read blogs. He would be devising at this moment a scathing sentence in which some strange word like "turbid," together with another strange word like "propinquity," would make or break your day.
-- E.C. Chamberlain