Yet another dark day in Belgium 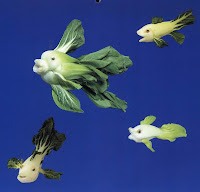 My cravings have officially veered away from chocolate, garlic bread, bananas fried in maple syrup and homemade lentil soup. All are refocused on finding sun (zon in dutch.) For the past two weeks, the only dancing around here has been the rain droplets against pavement...and soon against my back as i head out for another dark day of riding.

It wouldn't be so bad if i wasn't painfully aware of the gorgeous weather back in California - daily reports of six hour rides beneath smiling skies spreading rays of warmth on cyclists' paths. There is nothing quite like the sensation of the sun toasting my bare quads on a bike ride. According to weather.com, the sun does not plan to make an appearance for the next ten days.

To cheer myself up, I sometimes go to a site that shows many of my favorite American TV shows - without commercials. Veronica Mars has been my show of choice lately.

In 52 minutes, I am to meet up with Peter for a ride. I know the Belgians are hard core regarding their innate ability to mount the bike even in the worst weather conditions. But i wonder if this applies to cyclotourists - those who are riding for fun, not for training or for commuting. The proof will be in the banana with maple syrup soy pudding I'll make in a few minutes while I wait for the cancellation sms (text message.)
Posted by PEANUT at 10:49 AM

If it helps, in your part of California that warm weather pattern lasted for two days, and in fact only part of the second day in your neighborhood. Previously, although the sun had indeed popped out on several occasions, 60 kph winds made cycling a near-Belgian experience for six straight weeks. Neither wind nor sun today, however. Just dark, damp, hilly fog!
-- E.C. Chamberlain

but then i'm up way late.

Ugly foggy cloudy cold in the Sun Belt today ... forgot my jacket too.

GREAT link TMOS. I haven't left the house for days thanks to YOU!!!

Really neat fish! What are they called? Bok Koi? =)

Haha, I'm glad you like our Belgian weather. We have been spoiled with sun last April but now we're back to the "normal" stuff for Belgium it seems . Still, you roadies have it easy.. try mountainbiking . On the road I can at least have a training ride but offroad it's not been that much fun these last few days ...but things are looking up for next weekend.. hey, I even see the sun peering though when I write this.. Adri/Oud-Heverlee/Belgium

Hey Adri:
I agree regarding the off-roading during the past couple of weeks or so. I met two of my mtb friends this afternoon for coffee at oude markt and expected to see them covered in mud. You guessed it, they stayed on the road. I heard tomorrow (friday) is supposed to be BEAUTIFUL!! We will see...
Any time you want to "switch teams" by riding on pavement and want a partner, let me know!

Well Peanut, if your planned ride takes you past Blanden (Oud-Heverlee) let me know.. you should be able to contact me through my blog..

Be warned, I do my road rides with an mtb as well .. and if you want to go offroad (do you have a cyclocross bike over here ? ) I can guide you around some nice tracks as well.
Adri